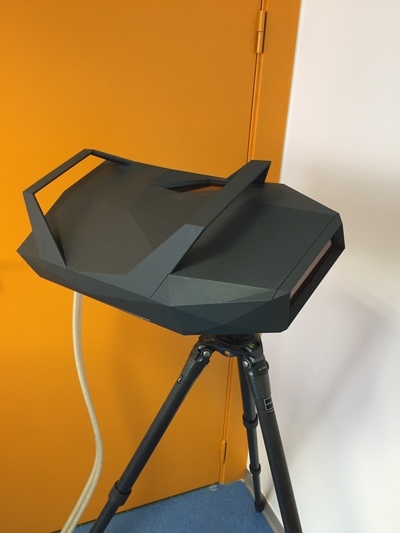 Epitopos created in partnership with the ILM (Institut of Light and Matter, Vincent Motto-Ros) and the CETIM Grand Est (Frédéric Pelascini) an innovative tool to respond to on site problems.

The Laser Induced Breakdown Spectroscopy (LIBS) technology focuses a laser on the surface of a sample. The matter is vaporized and the chemical elements constituting the matter are « excited ». When they return to a state of equilibrium, they emit photons of specific wavelengths. The light emitted is then observed using a spectrometer and an intensity spectrum as a function of the wavelengths is displayed. The impact on the material is almost invisible by eye (200 μm) and makes it possible to verify the presence of all the chemical elements of the periodic table, including the lightest elements (H, Li, B ...).

Epitopos in collaboration with the ILM and CETIM Grand Est, has developed a software to recognize immediately the nature of the pigments and mineral fillers present in paints. In addition to the LIBS, Epitopos has developed an infrared spectroscopy database (FT-IR) in order to determine the nature of the pigments or organic binders and thus provide the complete stratigraphy of the polychromies on site. 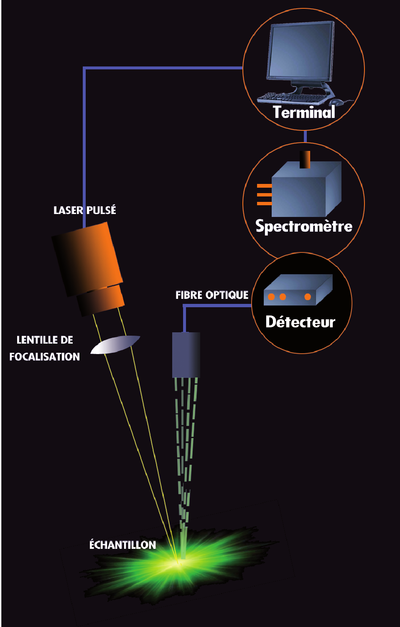 LBS technology is also used to monitor the penetration depth of a lithium silicate based consolidant. Lithium silicate has many advantages over other consolidants but is not widely used. Indeed,  its interaction with rock is difficult to follow with conventional analysis techniques (SEM, etc.). However, LIBS easily detects chemical elements such as lithium.

The laser system (LIBS) was also used to make spectral prints of rocks from an excavation site and rocks from quarries in order to determine the origin of the lithic elements find on the archaeological site.

LIBS (Laser Induced Breakdown Spectroscopy) detects many chemical elements even in very small quantities. The system can be used to trace elements such as chrome, which may be responsible for certain disorders (stains on the walls, etc.). LIBS has also been used to trace lithium in limestones containing stylolites and used for nuclear waste storage in order to understand fluid circulations.

In addition, in collaboration with Géocoop and CRITT Matériaux Alsace, Epitopos has developed a methodology for studying rock cubes and displaying high-resolution LIBS chemical maps. These chemical maps can be of great interest to metallogenists in particular.

Research work on stylolithic rocks used for nuclear waste storage is underway with the University of Strasbourg. Styloltihes are compression structures whose impact on fluid circulation is not well understood. LIBS technology has been used to study the composition of the matrix as well as stylolites in order to understand if these structures act as a barrier or a drain for fluids.

The LIBS technology provided by Epitopos is a system that can be used both on site or in the laboratory and which makes it possible to respond to many issues in industry, expertise and heritage. 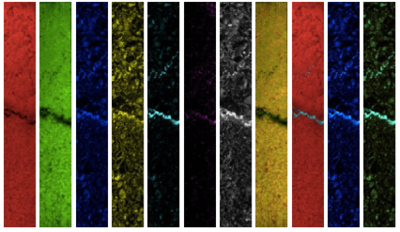